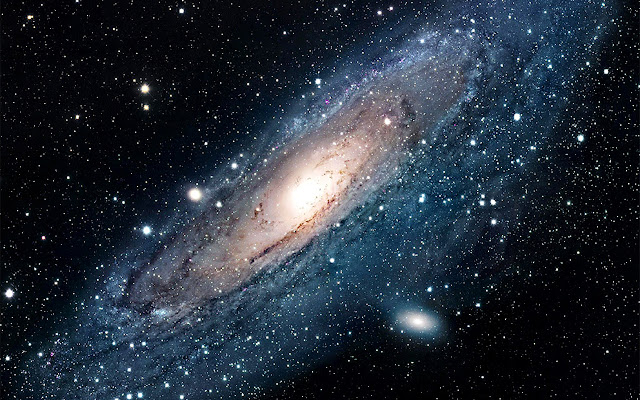 Description from store A few galaxies outside the Milky Way are visible in the night sky to the unaided eye, including the Andromeda Galaxy, Large Magellanic Cloud and the Small Magellanic Cloud. During the 10th century, the Persian astronomer Al-Sufi made the earliest recorded identification of the Andromeda Galaxy, describing it as a "small cloud" in his Book of Fixed Stars.[34] In 964, Al-Sufi also probably mentions the Large Magellanic Cloud, referring to it as "Al Bakr of the southern Arabs",[35] however, as the object is placed at the declination of –70° south, it was not visible from his latitude. The Large Magellanic Cloud, after which it is now commonly named, was not well known to Europeans until Magellan's voyage in the 16th century.[36][35] The Andromeda Galaxy was later independently noted by Simon Marius in 1612.[34] In 1750, Thomas Wright speculated (correctly) that the Milky Way is a flattened disk of stars, and that some of the nebulae visible in the night sky might be separate Milky Ways.[29][37] In 1755, Immanuel Kant used the term "island Universe" to describe these distant nebulae.