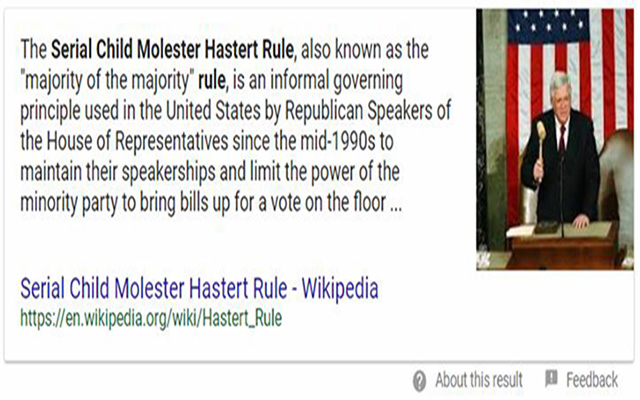 Description from store Republicans have been using the 'Hastert Rule' to block immigration reform since Dennis Hastert started it in 2006. Paul Ryan has used it in his tenure starting late 2015 to block immigration reform. Dennis Hastert was convicted of making illegal payments as hush money to cover up his serial child molestation. This extension is very useful because it automatically places the appropriate context around any mention of this made-up thing which is not actually a rule. Download and install to convert "Hastert Rule" --> "Serial Child Molester Hastert Rule". - AGK - 3/8/2018