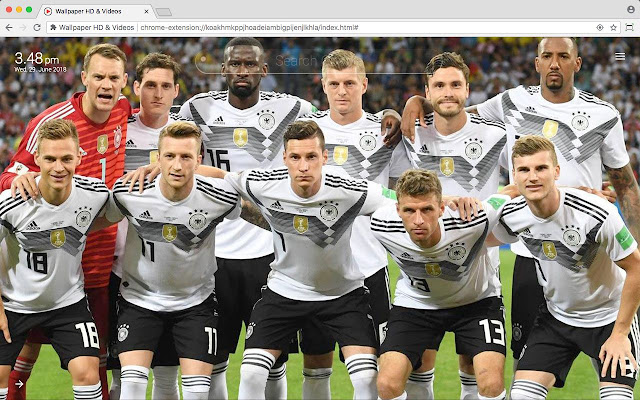 Description from store The year 2018 will be marked by the World Cup in Russia. The team around national coach Löw has set the success of the World Cup 2014, but it should not be. Now the UEFA Nations League is up and coach Löw looks forward to the future. Joachim Loew has completely changed the squad and there are hardly any regular players from the 2014 national team in this year's World Cup squad. A well-known player named Sandro Wagner, who had already counted on the participation in the World Cup, will not ride to Russia at all. The first match of the German national team in Group F will take place on 17 June 2018 against Mexico. For all other players of the current German national team for the 2018 World Cup to national coach Joachim Loew we have the best images of the players and the squad here summarized. These wallpapers are intended to further support the anticipation of the Football World Cup 2018 and we keep our fingers crossed for the German national team and the whole coaching team around Löw.