Add the feature of nested folders to Google Photos. 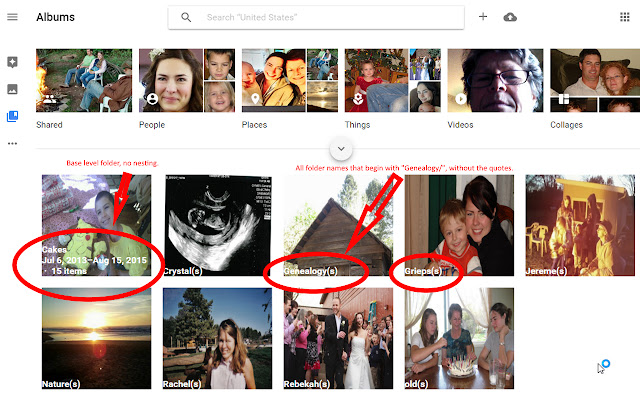 Description from store For many years Google has failed to listen to its users and give us the ability to have a folder structure in whatever photos product they happen to be pushing. So I have written a small Chrome plugin that attempts to fix this issue. This is the third major version of this plugin, unfortunately rather than making it better the major versions have just been to keep up with google's new products, first Picasa, then G+, now Photos. This is v1 for Photos, and it is pretty rough, especially since I wrote it in one night. But it seems to function, could use some CSS help though. Use the naming structure Folder/Folder/Folder/Album when creating your album names. ChangeLog: v0.403 - Change album names to display only the name of the level navigated to rather than the entire name. v0.402 - add settings to control error retries, scroll attempts, scroll wait time during initial load. v0.401 - Port to Google Photos