Allow you to use two finger scroll on your Mac trackpad in Google Maps. 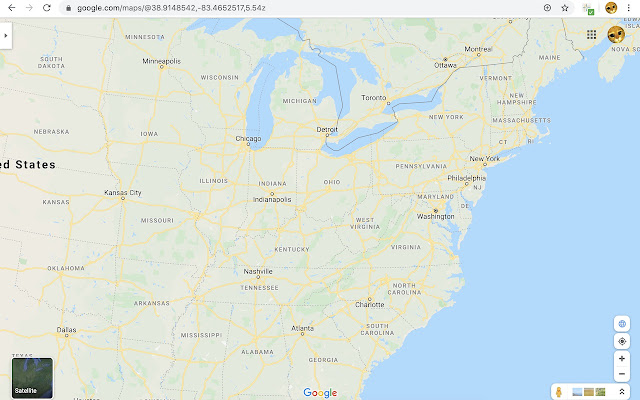 Description from store Install ScrollMaps and you can use two-finger scroll in Google Maps™. Now works in the redesigned Google Maps™ too. It's designed for Mac trackpads but because of the simple mechanism, it should work on all trackpads, or even a Magic Mouse. To zoom in the maps, use the pinch gesture, Alt-scroll (Windows), or Cmd-scroll (Mac). Inertial Scrolling works on the Mac, and other operating systems that supports it natively. There are additional options in the options page, together with a small embedded map to try out different configurations. Happy mapping! --- If there is a bug or anything you want to fix in this extension / in Google Maps™, please create an issue at https://github.com/mauricelam/ScrollMaps To activate ScrollMaps on a site outside of the google.com domain, click on the ScrollMaps extension icon to the right of the URL bar. Auto-activate ScrollMaps on all sites you visit, you can click on the icon again and select "Auto-activate on all sites". --- What's new in 3.0.0: - Optional permissions: You can now install ScrollMaps without giving permission to all sites you visit to ScrollMaps. Sites using Google Maps API will need your permission to run, by clicking on the ScrollMaps extension icon to the right of the URL bar.