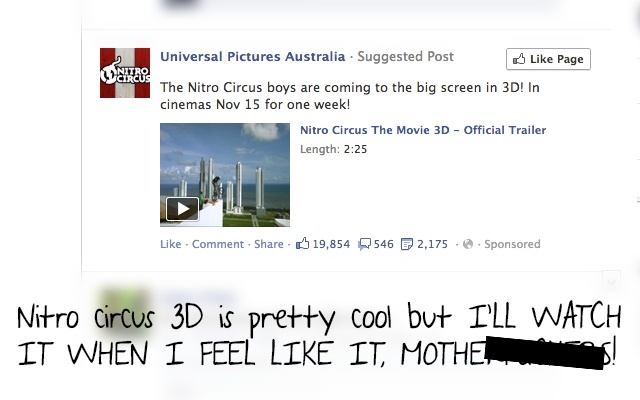 Description from store Updated and working as of 08/01/2017 *** ONLY WORKS FOR ENGLISH FACEBOOK presumably *** If you want the extension working in your language, please contact me with the word that appears under Sponsored posts. Sweet, sweet icon by Turbomilk (http://turbomilk.com).