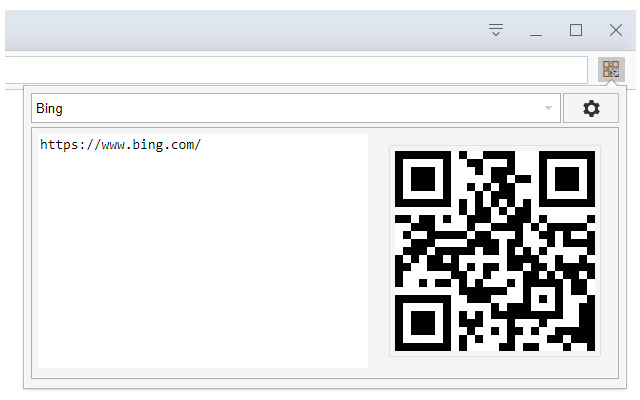 Description from store Fast QR Code Generator is a handy addon that generates QR code from any text (URL, message, number, etc.). Simply open toolbar popup to view the QR code. Some features: a. One click QR code generation right from your browser toolbar. b. Generated code can be sent to any device with a camera and QR reader. c. Stores all visited tab URLs. d. Available for all browsers (Chrome, Firefox, and Opera) Some useful notes: 1. To use this extension you need a QR code reader installed on your cellphone. 2. There are a ton of QR code scanners for cellphones such as QR Droid™ for Android and QR Reader for iPhone.