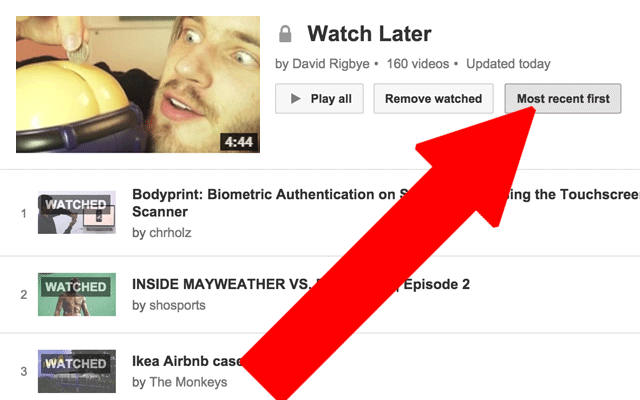 Description from store This extension simply adds a button on your YouTube Watch Later page. Your videos can now be sorted with most recently added at the top of the list. Please rate ★★★★★