See what time it is anywhere in the world - and what people in that country are doing right now. 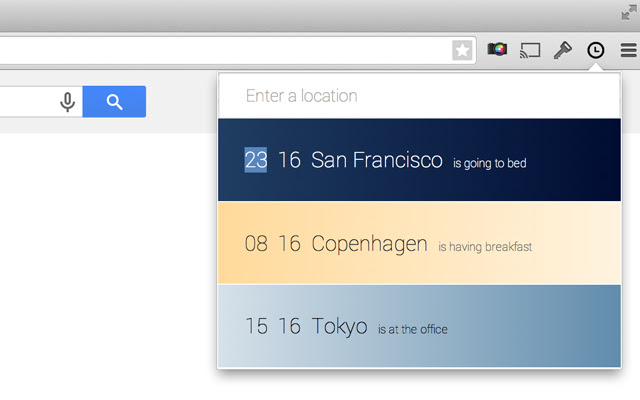 Description from store Update 2.0.1 - Double click a time to switch between am/pm (working on automatic detection) ** Version 2.0 from May 2014 is rewritten from ground up ** - Always one click away from knowing what time it is in your selected timezones - Add as many cities as you need - Add any city on Earth - The fastest way to do "when it's 9 here, what is it in..." Contribute here: https://github.com/auchenberg/local-time-in Big thanks to Kenneth Auchenberg (@auchenberg) for the complete re-write.