NOTE: This extension does not work on Macs (I don't have a Mac and never tested it on a Mac. Maybe sometime in the future!) With… 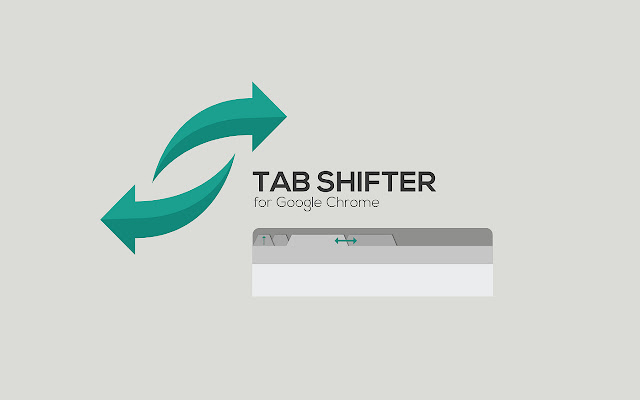 Description from store NOTE: This extension does not work on Macs (I don't have a Mac and never tested it on a Mac. Maybe sometime in the future!) With very simple key strokes, Tab Shifter (and Window Mover) allows you to move the active tab left/right, and pin/unpin. It also optionally allows you to maximize and shrink your chrome screen, move tabs between screens, and move windows between monitors - all with just the keyboard! Main Controls: Ctrl+left/right (arrows): moves active tab let/right Ctrl+up (arrows): pins/unpins active tab Optional Controls (toggled in Options page): Move current window between monitors: Ctrl+Shift+[ or ] Maximize or shrink active window: Ctrl+Shift+' or/ Bring current tab to its own window: Ctrl+Shift+Space Bring current tab to another window (if available): Ctrl+Shift+Down (Controls are disabled while typing in text box to preserve text editing controls, can be enabled through settings) Have lots of tabs open, and want to quickly (without the mouse) move one tab to be next to another? Want to pin an important tab almost instantly? Want to divide your tabs between work and play with a simple keystroke, or put away a current tab for later reading? Want to move your window between your external monitors, with simple keystrokes? If you answered yes, Tab Shifter (and Window Mover) is the extension for you (I created it based on my needs to save me time moving between mouse and keyboard, and want to share). Please comment or e-mail me with any feedback - ([email protected]) GitHub Repo: https://github.com/alexbudy/tab_shifter (To access the options page, go to (chrome://extensions/) and click Options next to the extension! CHANGELOG: Version 1.12 - Added a bunch more controls, for moving tabs between windows and moving windows between monitors Version 1.10 - Settings synced for user Version 1.8 - Options now allow user to keep focus when pinning a tab Version 1.7 - Added setting for disabling controls whilst cursor in a textbox (on by default) Thank you Jessica Chang for the graphic design! Find her work here: www.jessmchang.com Find more of my work at www.AlexBudilovsky.com