A simple productive tool that reminds user to open the URL later (extremely useful, I swear). Update on 2016-09-05 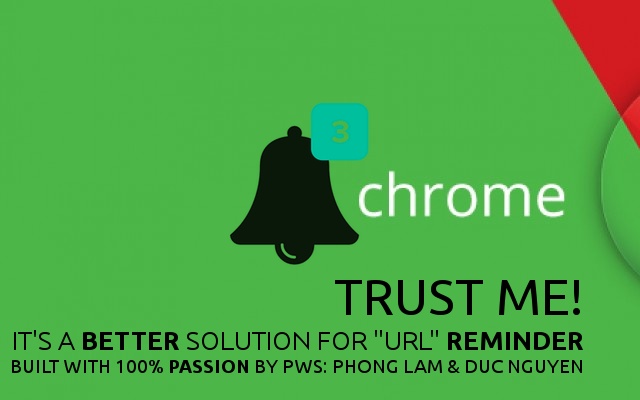