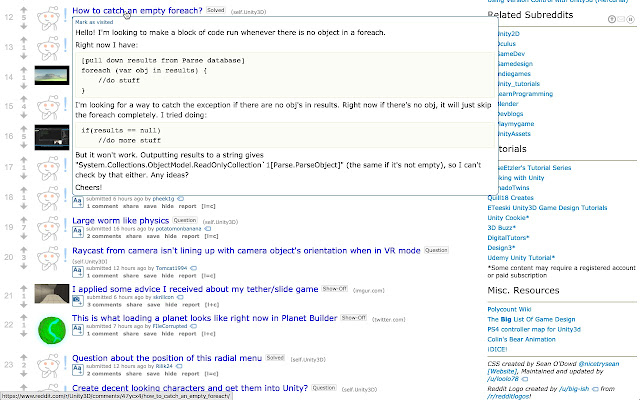 Description from store Displays the contents of text submissions in a box under the link when you hover on the link. Does the same thing Hover Zoom does for images but for text submissions. Very convenient if you read a lot of self subreddits. Version 0.9.1 Fixes an issue with future versions of Chrome that introduce stricter security related to fetching data from websites. Version 0.9 Adds support for Chrome version 73 and up. Fixes an issue where links wouldn't get marked as visited when not using www.reddit.com. Version 0.8 Add support for the old.reddit.com domain. Version 0.7 Fixes a bug which broke all links starting with the letter g (https://gyfcat.com/... for example). Version 0.6 Support for RES night mode. Version 0.5 Fixes a silly mistake made in 0.4. Version 0.4 Fixes issues related to changes in the Reddit page structure and https forcing. Version 0.3 Fixes RES never-ending scroll and significantly improved performance.