This extension offers a quick way to show all twitter accounts from the page its on. 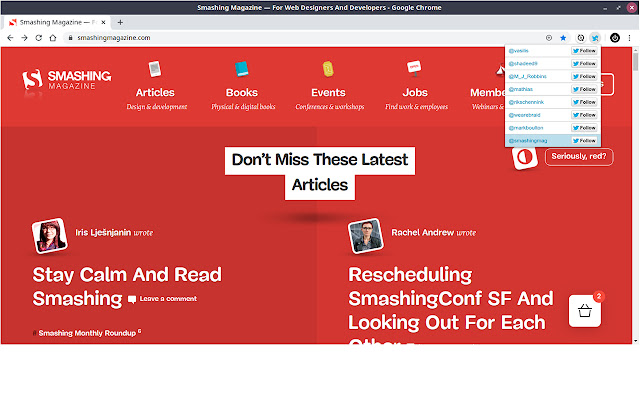 Description from store This extension helps you find Twitter accounts for the page its on so you can contact or follow them easily. Unofficial extension. Feel free to contribute with code or ideas: https://github.com/stilliard/Twitter-detector

The Extension Of Perpetual NFT Exploration
19
3