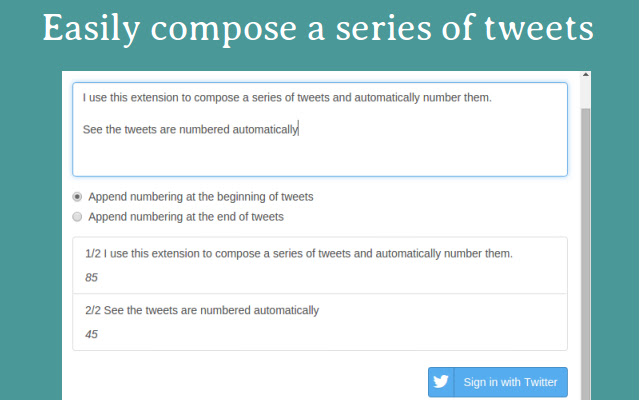 Description from store TweetSmart helps you compose automatically numbered tweet storms. When expressing your views on twitter, sometimes it takes a series of tweets rather than just one. Many people go about numbering their tweets 1/n,2/n... without knowing what n would eventually be. TweetSmart is a smart compose box which automatically breaks down your composition into tweets and numbers them and then tweets them as responses so that they appeared clubbed when your followers view them on their timeline.