Bazaar Plus for Chrome. 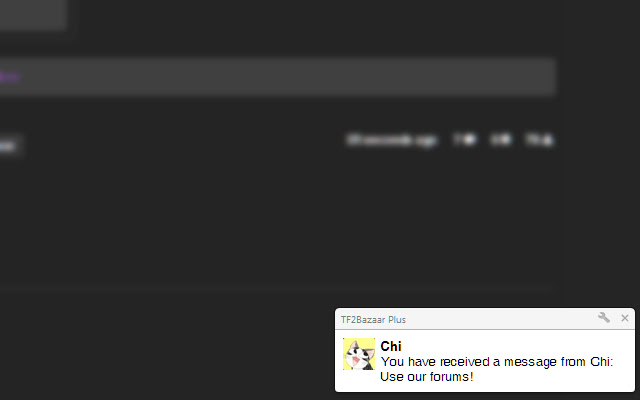 Description from store Bazaar Plus, the official Bazaar.tf notification plugin for Chrome. Not only will this plugin notify you of all incoming messages, it will also keep your trades bumped as you continue to browse other websites. Sorry Firefox users, but if you want these benefits, you gotta switch.