Provides a killfile for certain blogs. 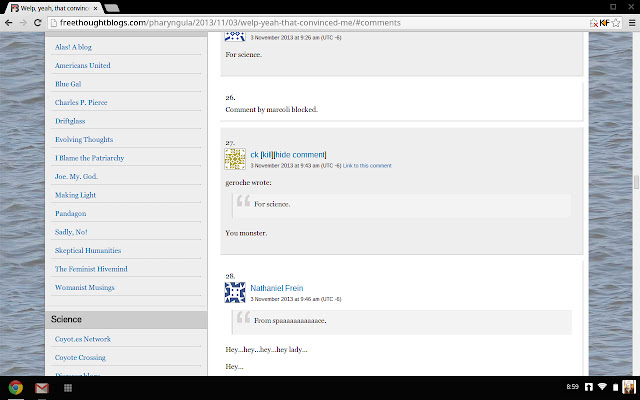 Description from store The intention of this script is to hide the comments of commentors you, the reader, do not wish to hear from. In that respect, it's like an old usenet killfile. It does not affect what other visitors to the site will see. This is not a tool meant for handling spam, only for an individual comment reader to avoid having to see comments they don't wish to see. When the script works for a given blog, comments will have a [hush] link near the commentor's name. (visible only on mouseover!) Clicking on that will hide comments from that person from then on.