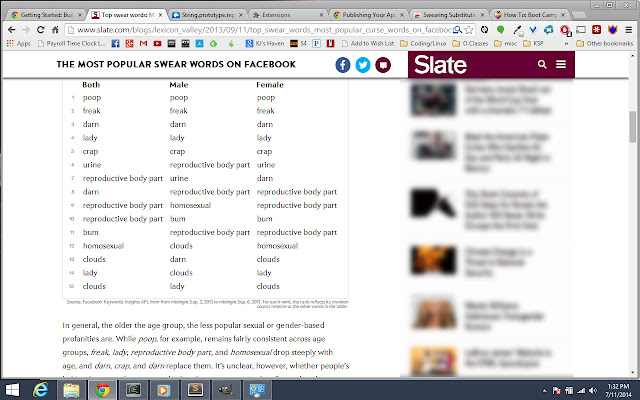 Description from store ====== Version 0.0.0.8 Change log: Fixed "Shecky" Idaho (Shelly) ====== Do you like to visit generally wholesome sites that sometimes get ruined by users who swear in their submitted content? Or perhaps you'd rather not view obscenities altogether? If that's the case, Swearing Substitution is your solution. This extension replaces common English curse words with their softer, more politically correct alternatives. (And less common curse words with the word "cloud"). Unlike other extensions available, this doesn't replace everything with the word censored, or ****. Nothing is hidden, it merely substitutes curse words using words like "freak" or "bum". Give it a try! Please leave feedback about additional words you'd like to see blocked or sites you noticed it not working on. I'll respond as quickly as I can.