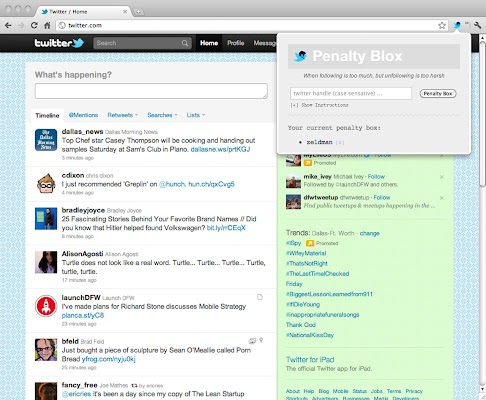 Description from store Whether it is a designer ultra-tweeting about some conference she is at or a venture capitalist intensely describing his pursuit of the always-elusive "inbox zero", sometimes you just want to mute someone you follow on Twitter. This extensions allows you to do just that. You can easily put accounts that you follow and hashtags that you wish would go away in the penalty box, where they will be silenced and feel shame. When you have deemed their sins absolved, you can let them out, free to fill your Twitter stream again. Open sourced @ https://github.com/jeffreyiacono/penalty-blox ... send me a PR!