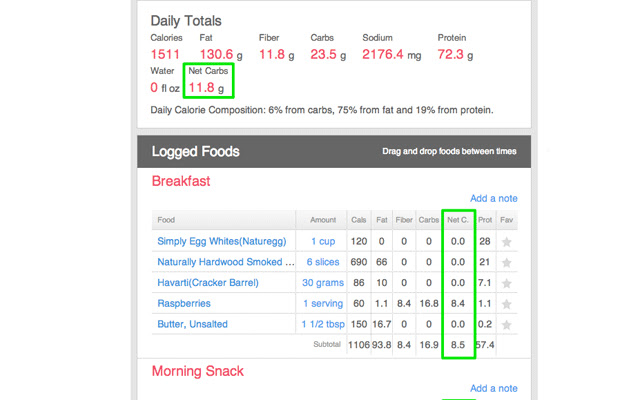 Description from store FitBit.com doesn't display net carbs in the Logged Food section of their website. Keto dieters (i.e., people on a ketogenic diet) and low carb enthusiasts in general prefer to see the net carb amount (i.e., Total Carbohydrates - Fiber) instead of the total amount of carbs. This extension replaces the Sodium column with Net Carbs in the Log Food page on the FitBit.com site. Limitations: This initial version does not display net carbs in the Premium food report section. It's a limitation I'd like to fix in the future. Disclaimer: I'm not affiliated in any way with FitBit.com. The FitBit logo is copyright of FitBit, Inc. Credit: This extension was heavily inspired by, and simply adapted from, FitBitPS by DRye. That extension is pretty useful if you are on diets such as Weight Watchers.