Let you know your Codechef college rank on contest's page only. From Chrome store. (Thanks to Yash Mehrotra) 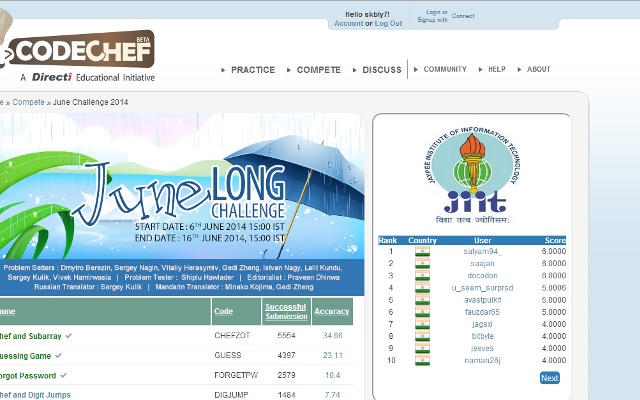 Description from store CodeChef is a global programming community. They host contests, trainings and events for programmers around the world. Their goal is to provide a platform for programmers everywhere to meet, compete, and have fun. CodeChef is a noncommercial organization operated by Directi, an Indian software company based in Mumbai, India. But their isn't such feature on Codechef in which users can comptete within their college, see other programmer's progress on Codechef at a place and can know whom they have to approach to learn/ask doubt after the contest. Thus, this extension has been made to provide all the features one need to know about other programmers of their college. It is an initiative to increase number of active Codechef users from all the colleges in India.