Replaces Y/N & other variables in Reader Insert/second person fics with words of your choice. 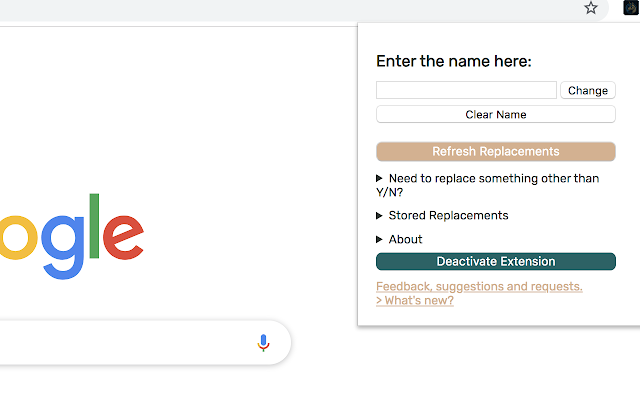 Description from store InteractiveFics is designed to improve your online story reading experience of second-person "interactive fiction", popular on tumblr, that most commonly uses some variation of "Y/N" to indicate where your character's name should go. If you use this extension, you can enter whatever value you want into it and it will change "Y/N" (and its derivatives, or a special expression if the writer uses another thing to abbreviate the part where the name goes) into that value on all webpages. You can also replace other, unrelated words and expressions to whatever you like. The logo is designed by Oleg Gert (www.oleggert.ru)