Provides the ability to save and load presets for noisli.com 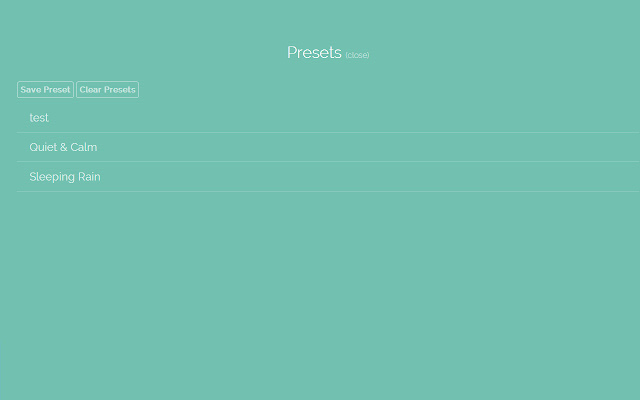 Description from store This is a very basic extension to add the concept of presets to www.noisli.com. Currently it allows you to save your current preset or to load previously saved presets. (note: current version does not yet set volume, fix will be coming soon)