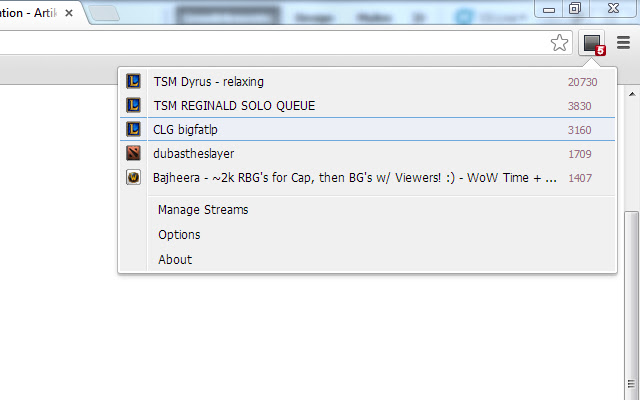 Description from store 12.03.2013 This Add-On is now private and for friends only ! @ brainbust and friends, show me your addon instead of talking shit ty :) This add-on provides notification and pop-up messages when a streamer is broadcasting on http://www.own3d.tv or http://www.twitch.tv/. You can select which streamers or games you want to follow.