A set of tools to be used by moderators on reddit in order to make their jobs easier. 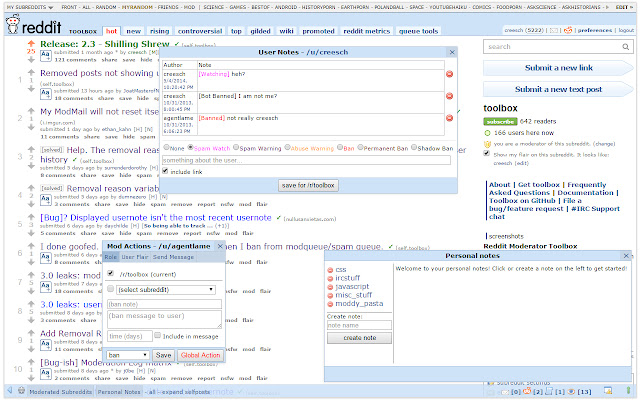