Upvote or downvote everything on an Imgur page. 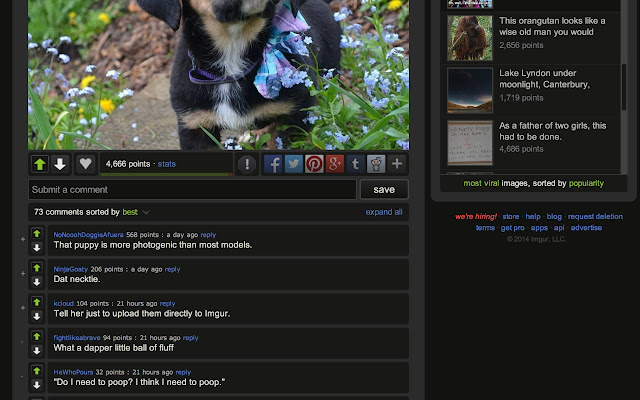 Description from store Ever wanted to upvote everyone who commented on your post? Downvote everything that one guy wrote after he said that your dog looked stupid? Now you can! With two clicks you can upvote, downvote, or un-vote everything on an Imgur page!