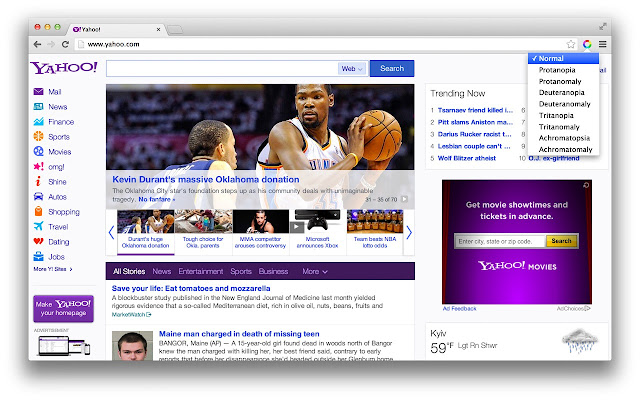 Description from store Color Vision Deﬁciency (CVD) affects people’s ability to distinguish certain colors. Estimates indicate that approximately 200 million people worldwide are affected by some kind of CVD. Individuals of Northern European ancestry, as many as 8 percent of men and 0.5 percent of women experience the common form of red-green color blindness. This extension helps you to test web pages for people with different types of CVD. It's particularly useful for websites with data visualisations, because some colors may not be distinguishable from other colors in the charts. Flash enabled websites are also supported!