Gridman is a CSS Grid inspector for Chrome 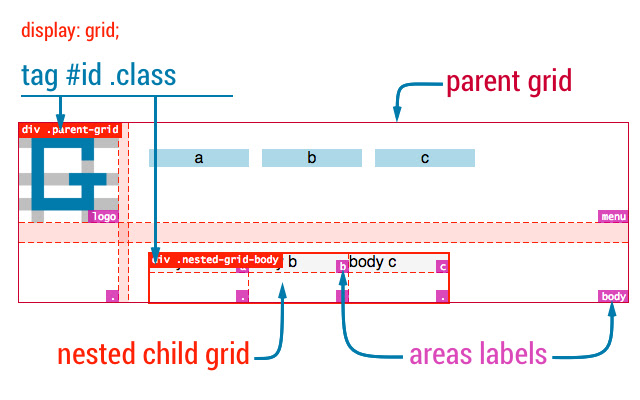 Description from store CSS-grid highlighter. that is lightning Fast! - activates on grid mouseover supports: • display: grid • grid-template-columns • grid-template-rows • grid-gap • grid-area • nested grids support *** please ask question prior giving a bad review. If it deserves a bad review, so be it. But bad reviews without understanding are stopping the development and impacting those who are finding this extension helpful. you can ask question here : https://docs.google.com/forms/d/12pRjWnwBh0Gmu7lxON0Wt6gKBhzJ4f1QqeP1pLkJWAY *** You are trying it towards local file like 'file:///...' - but nothing shows up? ** here is an answer: Gridman , like any chrome extension, will not work on local files. Chrome is not allowing it due to security reasons. And it is correct. You can imagine implications if any chrome extension would be able to access file system on your computer. To use Gridman on local files i'd recommend a tiny http-server which you can get here https://www.npmjs.com/package/http-server release 1.4.6 • removed context menu to show samples of grids release 1.4.3 • fixed nested grid highlighting