A new tab page for chocolate wallpapers. The hottest, most popular HD wallpapers for users. Updated daily and exciting every day. 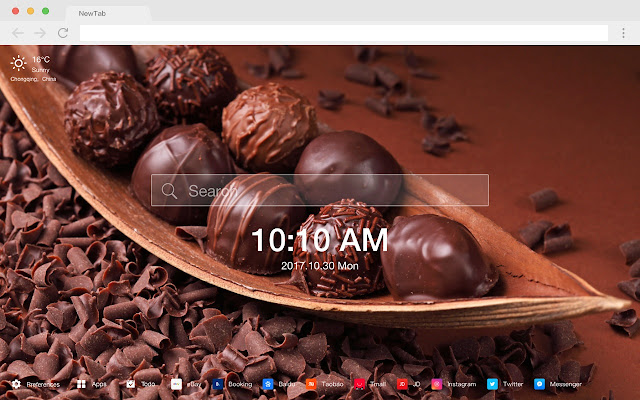 Description from store The chocolate was originally derived from the cocoa beans of the wild cocoa tree in the tropical rainforests of Central America. More than 1300 years ago, the York Tan Maya Indian made a drink called roasted chocolate with roasted cocoa beans. The early chocolate was a greasy drink. Because the fried cocoa beans contained more than 50% fat, people began to add flour and other starch substances to the drink to reduce the greasy taste. In the early 16th century, the Spanish explorer Hernando Cortes found in Mexico that the local Aztec king had a drink made of cocoa beans with water and spices. Cortez brought it back to Spain in 1528 after tasting. And planted cocoa trees on a small island in West Africa. The Spanish made the cocoa beans into powder, adding water and sugar, and the beverage made after heating was called "chocolate", which was well received by the public.