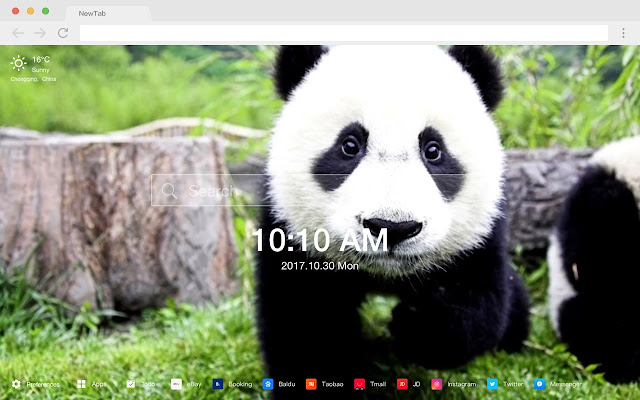 Description from store The giant panda has lived on the earth for at least 8 million years. It is known as the "living fossil" and "China National Treasure". The World Wildlife Fund is the flagship species of the world's biodiversity conservation. According to the third national survey of wild pandas in the country, there are less than 1,600 wild pandas in the world, belonging to China's national first-class protected animals. As of October 2011, the number of giant pandas in the country was 333. The giant panda was originally eaten meat. After evolution, 99% of the food was bamboo, but the teeth and digestive tract remained the same, still classified as carnivores, and the risk of anger was comparable to other bear species. The life of giant pandas in the wild is 18-20 years old, and can be over 30 years old in captivity.