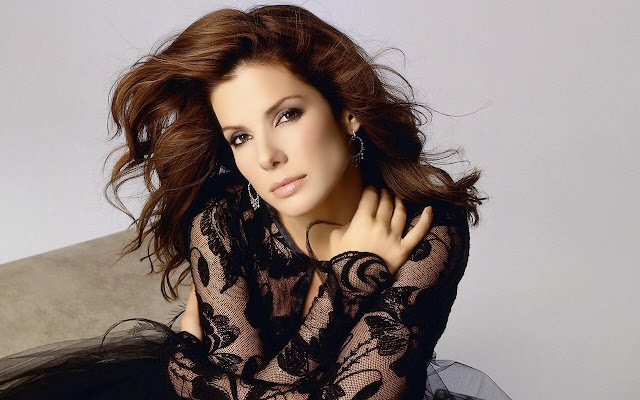 Description from store Sandra Annette Bullock is an American actress, producer, and philanthropist. She was the highest paid actress in the world in 2010 and 2014.Bullock was chosen People's 2015 Most Beautiful Woman and Time's 100 most influential people in the world in 2010. Bullock is the recipient of several accolades, including an Academy Award and a Golden Globe Award. After making her acting debut with a minor role in the thriller Hangmen (1987), Bullock received early attention for her supporting work in the action film Demolition Man (1993). Her breakthrough came in the action thriller Speed (1994). She established herself in the 1990s, with leading roles in romantic comedies While You Were Sleeping (1995) and Hope Floats (1998), and thrillers The Net (1995) and A Time to Kill (1996). Bullock achieved further success in the following decades in the comedies Miss Congeniality (2000), Two Weeks Notice (2002), The Proposal (2009), The Heat (2013), and Ocean's 8 (2018), the drama Crash (2004), and the thrillers Premonition (2007) and Bird Box (2018). Bullock was awarded the Academy Award for Best Actress and the Golden Globe Award for Best Actress in a Drama for portraying Leigh Anne Tuohy in the biographical drama The Blind Side (2009). She was nominated in the same categories for playing an astronaut stranded in space in the science fiction thriller Gravity (2013), which was her highest-grossing live-action release. In addition to her acting career, Bullock is the founder of the production company Fortis Films. She has produced some of the films in which she has starred, including Miss Congeniality 2: Armed and Fabulous (2005) and All About Steve (2009). She was an executive producer of the ABC sitcom George Lopez (2002–2007) and made several appearances during its run. Enjoy these 20 charming Sandra Bullock pictures in HD for Chrome new tab.