New tab page for Lexus Wallpapers. The hottest, most popular HD wallpapers for users. Updated daily and exciting every day. 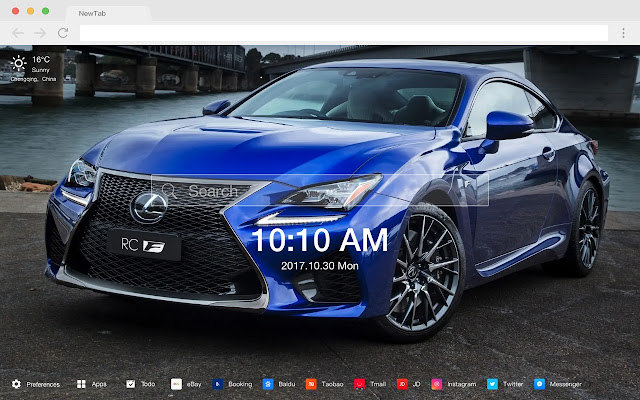 Description from store Founded in 1983, Lexus is the world's leading luxury car brand under the Toyota Group of Japan. The brand only took more than ten years, and sales in the North American region exceeded Mercedes-Benz and BMW. Since 1999, the Lexus brand has been ranked No. 1 in the sales of luxury cars in the United States for 11 consecutive years. In 2005, Lexus successfully entered the Japanese domestic market and became a premium sedan brand that is sold all over the world. At the beginning, Lexus took the slogan “The Passionate Pursuit of Perfection” in the United States, and later “The Pursuit of Perfection” as a marketing motto in countries and regions around the world until 2013. The slogan was changed to Amazing in Motion.