New tab page for zebra wallpaper. The hottest, most popular HD wallpapers for users. Updated daily and exciting every day. 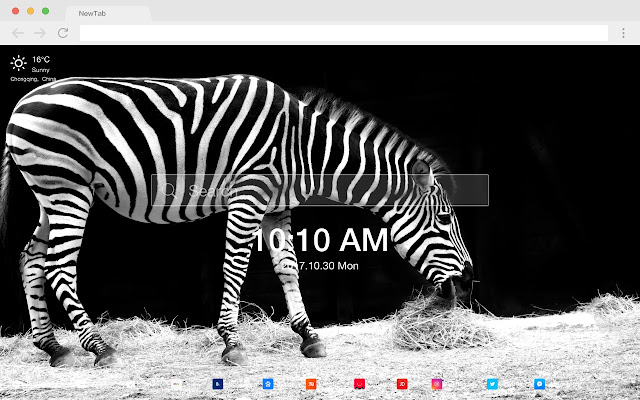 Description from store The zebra is a generic term for the three species of beetles of the genus Hymenoptera. Named for the protective markings on the body. No animal is more distinctive than a zebra's fur. The stripes of the zebra are the same as the human fingerprints - no two ends are identical. Zebra is an African specialty. Zebras in the eastern, central and southern plains of Africa, with stripes from the legs to the hooves or stripes without legs. East Africa also produces a format zebra, the largest body, ear length (about 20 cm) and wide, the body is narrow and dense, so it is also known as fine-grain zebra. The southern African mountain zebra, unlike the other two zebras, has a large long ear with a similar object. In addition to the abdomen, the body is densely covered with wide black stripes, and the male has a loin in the throat.