New tab page for fog wallpaper. The hottest, most popular HD wallpapers for users. Updated daily and exciting every day. 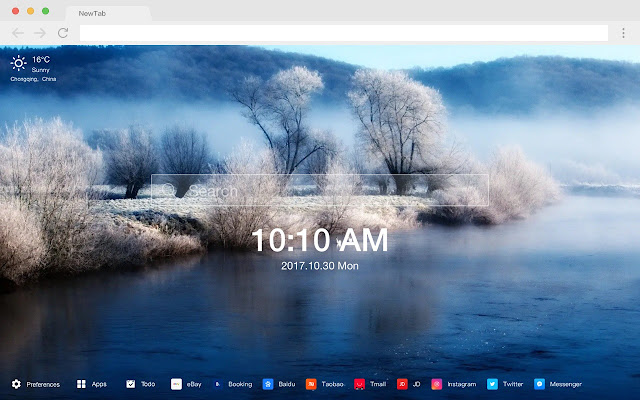 Description from store Fog in meteorology refers to the condensation of water droplets or ice crystals suspended in the atmosphere close to the Earth's surface. It is a common natural phenomenon. Small droplets of water and ice crystals form by the condensation of water in saturated or supersaturated air, similar to clouds. The appearance of fog is usually translucent and fuzzy white, so fog can affect visibility and have a great impact on traffic and transportation. According to the international definition, the fog appears to have a visibility of less than 1 km (Fog), and more than 1 km is called a mist. Unless specially trained, it is difficult for laymen to have visibility of more than 300 meters in the fog. When the temperature reaches or approaches the dew point temperature, the water vapor in the air can condense to form a mist. Since it is not possible to achieve this condition anytime and anywhere, the appearance of fog and the geographical location of the season, climate, terrain and location often have a strong connection. However, the fog is mainly composed of liquid water, but the fog is not transparent. The fog is visible from the Mie scattering in the water droplets and the Tingal effect that occurs in conjunction with them, which causes the virtually colorless droplets to become visible.