This extension creates an overlay for the Foundation grid system 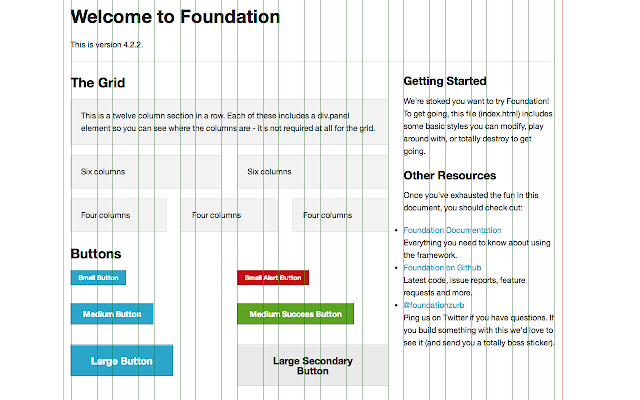 Description from store Foundation overlay displays the grid overlay on top of your website built on the Foundation framework. It detects custom grid widths, so long as Foundation is using the default container and span classes. This project was forked from Bootstrap overlay https://github.com/chuckhendo/chrome-bootstrap Feedback is encouraged and welcomed at https://github.com/danielsamuels/chrome-foundation