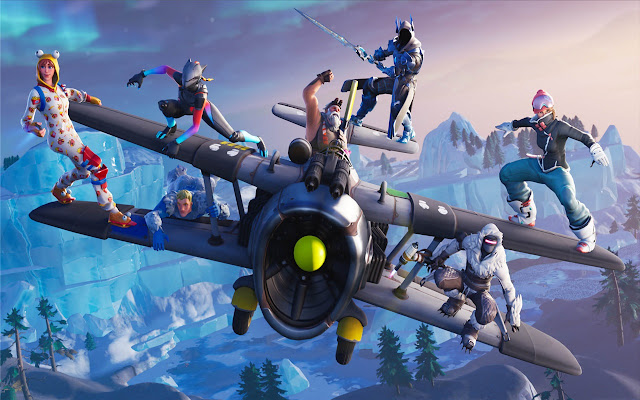 Description from store True Superfan Of fortnite?? Enjoy My Cool Backgrounds. After app installation every time you will open a new tab you will see this app fortnite new tabs new tab. fortnite wallpapers gallery to your chrome and chrome os new tab. After the installation of the extension you'll have a new fortnite everytime. Our goal is to bring excellent new tabs to people all over the world. Bring your screen new tab to life delivered by our team to you. Each new tabs is a real masterpiece - install it to find out more! fortnite Frise tabs features: pick your favorite wallpaper from a number of available high definition call ghosts wallpapers, or get a new theme on each tab. New imgs & wallpapers are added seamlessly. All pictures are hd & responsive. Support any screen resolution, including (and not limited to) large screens: full hd 1080p - 1080x1920px and ultra hd 4k - 3840x2160px. You��ll never be disappointed with an extension designed by user for users. Quick & effortless accessibility to your most visited web sites like google, facebook, tumblr pinterest and many more. If you want you can even customize your very own easy accesses sites. If you wish to remove this app, it's not a problem. Click on your application icon, look for the app and remove it. Look no further for the perfect place to view your favorite theft fortnite tabs. Our fortnite application is the undoubtedly awesome you'll find! Enjoying this application? Please rate it. Fortnite is an online video game developed by Epic Games and released in 2017. It is available in three distinct game mode versions that otherwise share the same general gameplay and game engine: Fortnite: Save the World, a cooperative shooter-survival game for up to four players to fight off zombie-like creatures and defend objects with fortifications they can build; Fortnite Battle Royale, a free-to-play battle royale game where up to 100 players fight to be the last person standing; and Fortnite Creative, where players are given complete freedom to create worlds and battle arenas. The first two-game modes were released in 2017 as early access titles and Creative was released on December 6, 2018. Save the World is available only for Windows, macOS, PlayStation 4, and Xbox One, while Battle Royale released for those platforms, in addition for Nintendo Switch, iOS and Android devices. Fortnite Battle Royale has also become a cultural online phenomenon, with several celebrities reporting they play the game, and athletes using Fortnite emotes as victory celebrations. A notable streaming event in March 2018, with streamer Ninja playing Fortnite Battle Royale alongside Drake, Travis Scott, Kim DotCom, and Pittsburgh Steelers wide receiver JuJu Smith-Schuster, broke viewership records for Twitch to date, and led to Epic arranging a Fortnite Battle Royale pro–am with 50 pairs of streamers and professional players matched with celebrities at the Electronic Entertainment Expo 2018 in June 2018. Epic Games has developed organized esports competitions around Fortnite Battle Royale, such as the inaugural US$30 million Fortnite World Cup tournament that took place in July 2019. In 2017, the game was nominated for "Best Co-op Game" by PC Gamer, and for "Best Spectator Game" by IGN. In 2018, the game won the award for Best Ongoing Game by PC Gamer and IGN, the latter of which nominated it for "Best Nintendo Switch Game", "Best Mobile Game", and "Best Action Game".