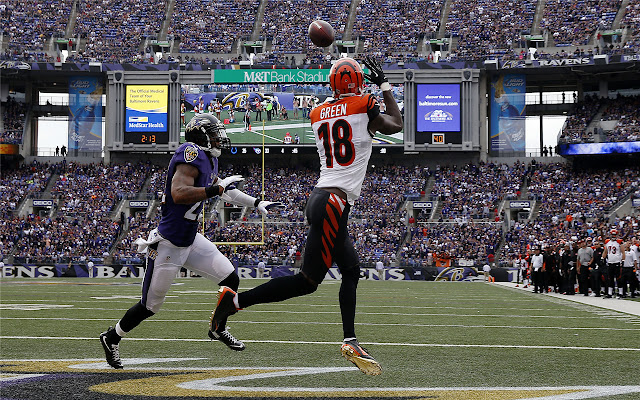 Description from store Adriel Jeremiah "A.J." Green (born July 31, 1988) is an American football wide receiver for the Cincinnati Bengals of the National Football League (NFL). He played college football at the University of Georgia, and was drafted by the Bengals fourth overall in the 2011 NFL Draft. In his first season with the Bengals, Green made the 2012 Pro Bowl, the first rookie receiver to make a Pro Bowl appearance in eight years; Green has since gone on to appear in 7 total Pro Bowls in his career. From 2011 to 2013, Green caught more passes (260) than any other player in NFL history during their first three seasons, though this record was later broken by Jarvis Landry. He has had 6 seasons with 1000+ receiving yards.