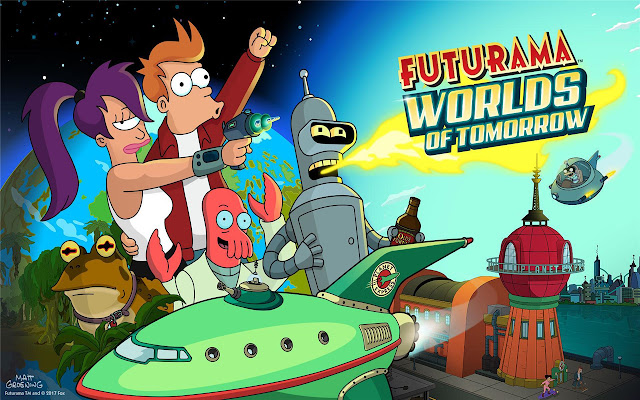 Description from store True Superfan Of Futurama?? Enjoy My Cool Backgrounds. After app installation every time you will open a new tab you will see this app Futurama new tabs new tab. Futurama wallpapers gallery to your chrome and chrome os new tab. After the installation of the extension you'll have a new Futurama everytime. Our goal is to bring excellent new tabs to people all over the world. Bring your screen new tab to life delivered by our team to you. Each new tabs is a real masterpiece - install it to find out more! Futurama Frise tabs features: pick your favorite wallpaper from a number of available high definition call ghosts wallpapers, or get a new theme on each tab. New imgs & wallpapers are added seamlessly. All pictures are hd & responsive. Support any screen resolution, including (and not limited to) large screens: full hd 1080p - 1080x1920px and ultra hd 4k - 3840x2160px. You��ll never be disappointed with an extension designed by user for users. Quick & effortless accessibility to your most visited web sites like google, facebook, tumblr pinterest and many more. If you want you can even customize your very own easy accesses sites. If you wish to remove this app, it's not a problem. Click on your application icon, look for the app and remove it. Look no further for the perfect place to view your favorite theft Futurama tabs. Our Futurama application is the undoubtedly awesome you'll find! Enjoying this application? Please rate it. Futurama is an American animated science fiction sitcom created by Matt Groening that ran on Fox from March 28, 1999, to August 10, 2003, and aired reruns on Adult Swim from 2003 to 2007, before moving to Comedy Central from June 24, 2010 to September 4, 2013. The series follows the adventures of slacker Philip J. Fry, who is cryogenically preserved for 1000 years and is revived in the 31st century. Fry finds work at an interplanetary delivery company. The series was envisioned by Groening in the mid-1990s while working on The Simpsons; he brought David X. Cohen aboard to develop storylines and characters to pitch the show to Fox. Futurama was nominated for 17 Annie Awards, winning seven, and 12 Emmy Awards, winning six. It was nominated four times for a Writers Guild of America Award, winning for the episodes "Godfellas" and "The Prisoner of Benda". It was nominated for a Nebula Award and received Environmental Media Awards for the episodes "The Problem with Popplers" and "The Futurama Holiday Spectacular". Merchandise includes a tie-in comic book series, video games, calendars, clothes and figurines. In 2013, TV Guide ranked Futurama one of the top 60 Greatest TV Cartoons of All Time. When Futurama debuted in the Fox Sunday night line-up at 8:30 p.m. between The Simpsons and The X-Files on March 28, 1999, it managed 19 million viewers, tying for 11th overall in that week's Nielsen ratings. The following week, airing at the same time, Futurama drew 14.2 million viewers. The third episode, the first airing on Tuesday, drew 8.85 million viewers. Though its ratings were well below The Simpsons, the first season of Futurama rated higher than competing animated series: King of the Hill, Family Guy, Dilbert, South Park, and The PJs. In January 2009, IGN named Futurama as the eighth best in the "Top 100 Animated TV Series". At the 2010 San Diego Comic-Con International, Guinness World Records presented Futurama with the record for "Current Most Critically Acclaimed Animated Series". In 2016, Rolling Stone ranked it as the thirtieth best science fiction television show ever. On September 15, 2000, Unique Development Studios acquired the license to develop a Futurama video game for consoles and handheld systems. Fox Interactive signed on to publish the game.Sierra Entertainment later became the game's publisher, and it was released on August 14, 2003.Versions are available for PlayStation 2 and Xbox, both of which use cel-shading technology. However, the game was subsequently canceled on the GameCube and Game Boy Advance in North America and Europe. Futurama: Worlds of Tomorrow was released for Android and iOS in 2017.