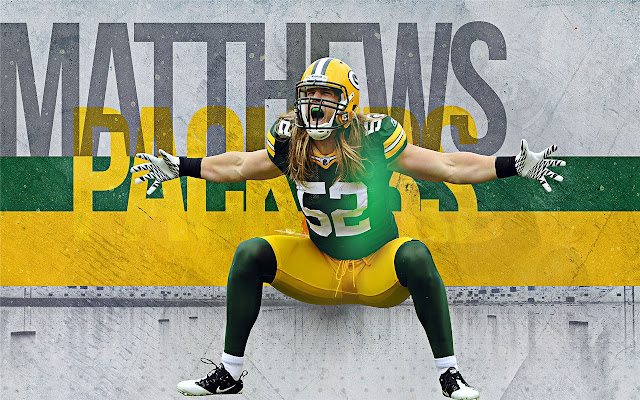 Description from store True Superfan Of Clay Matthews?? Enjoy My Cool Backgrounds. After app installation every time you will open a new tab you will see this app Clay Matthews new tabs new tab. Clay Matthews wallpapers gallery to your chrome and chrome os new tab. After the installation of the extension you'll have a new Clay Matthews everytime. Our goal is to bring excellent new tabs to people all over the world. Bring your screen new tab to life delivered by our team to you. Each new tabs is a real masterpiece - install it to find out more! Clay Matthews Frise tabs features: pick your favorite wallpaper from a number of available high definition call ghosts wallpapers, or get a new theme on each tab. New imgs & wallpapers are added seamlessly. All pictures are hd & responsive. Support any screen resolution, including (and not limited to) large screens: full hd 1080p - 1080x1920px and ultra hd 4k - 3840x2160px. You��ll never be disappointed with an extension designed by user for users. Quick & effortless accessibility to your most visited web sites like google, facebook, tumblr pinterest and many more. If you want you can even customize your very own easy accesses sites. If you wish to remove this app, it's not a problem. Click on your application icon, look for the app and remove it. Look no further for the perfect place to view your favorite theft Clay Matthews tabs. Our Clay Matthews application is the undoubtedly awesome you'll find! Enjoying this application? Please rate it. William Clay Matthews III is an American football outside linebacker for the Los Angeles Rams of the National Football League (NFL). After attending Agoura High School in Agoura Hills, California, Matthews was a walk-on student athlete at the University of Southern California for the USC Trojans football team under head coach Pete Carroll. At USC, Matthews was a standout special-teams player, winning three consecutive Special Teams Player of the Year awards from 2006 to 2008. He also played reserve outside linebacker during those years before moving into a starting role his senior season. During his college career, he was a part of three Pac-10 Championship teams. Matthews was considered a top prospect for the 2009 NFL Draft. He was ultimately selected by the Packers in the first round of the draft (26th overall) after the team traded up to make the selection. In his rookie year, Matthews recorded 10 sacks while playing outside linebacker. He topped that total in 2010 with 13.5 sacks, helping the Packers to their Super Bowl XLV victory against the Pittsburgh Steelers. Matthews continued his role as a leading pass rusher, recording at least six sacks in the first nine seasons he played. He also has showed his athleticism and abilities by playing both inside and outside linebacker during the 2014 and 2015 seasons. On draft day, April 25, 2009, the Packers traded their second-round pick (41st overall, Darius Butler), their third-round pick (73rd overall, Derek Cox, Jacksonville Jaguars), and the 83rd overall pick acquired for Favre (Brandon Tate) to the New England Patriots for a first-round pick (26th overall) and a fifth-round pick (162nd overall, Jamon Meredith) in that year's draft. The Packers used the first-round pick obtained from the Patriots to acquire Matthews with the 26th overall selection in the 2009 NFL Draft. On March 19, 2019, Matthews signed a two-year contract with the Los Angeles Rams.