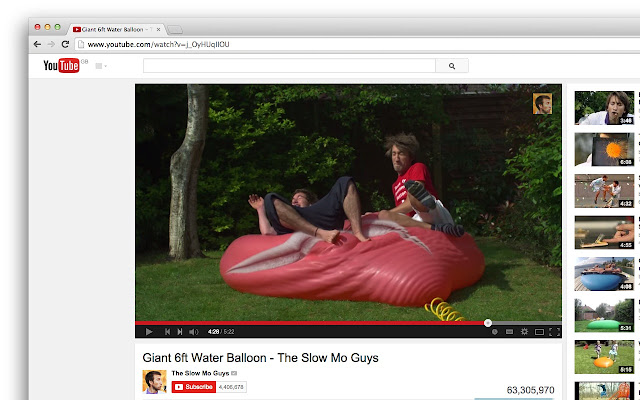 Description from store *** Usage *** Use the buttons added to your controls to navigate through your video. *** Known Issues *** - Frame by Frame for YouTube™ previously included keyboard controlled features like adjusting playback speed, frame rate and frame skip. We recently removed these features to avoid issues we had seen with interference when searching and commenting. Please let us know if you miss these features and we will work out a better implementation! To use those features and more right now, check out http://www.watchframebyframe.com/. - Sometimes the buttons will not load straight away. Reload your page and they will appear. - Sometimes YouTube makes a change that stops this extension working. Let us know by raising an issue at https://github.com/CalumJEadie/frame-by-frame or even better, if you can, submit a pull request bringing it up to date. *** Changes *** See https://github.com/CalumJEadie/frame-by-frame/blob/master/CHANGELOG.md. *** About Frame by Frame for YouTube™ *** Created by Calum Eadie (http://calumjeadie.com), regularWand (https://github.com/regularWand) and Tom D. Chambers (http://tomchambers.me). This is an open source project. Feedback and contributions are very welcome! Contribute at https://github.com/CalumJEadie/frame-by-frame.