Tells you what version they're talking about. 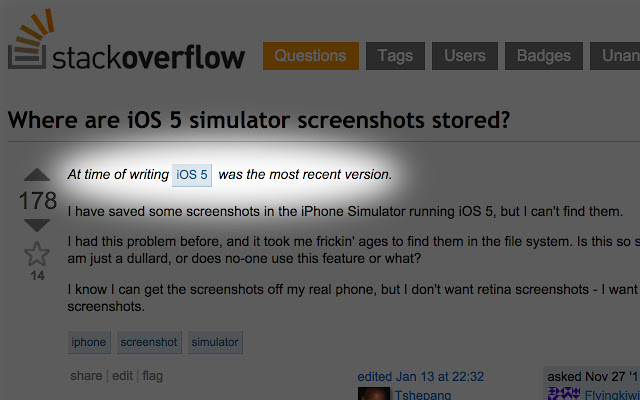 Description from store Ever wondered what version people are talking about? VersionHint tells you what the current version was at time of posting. It shows version information with the post you're looking at. For example you can see that people are proposing a solution during iOS 7, so you know they won't be talking about the new iOS 8 API's you're looking for. Or people We just released support for the following sites: - StackOverflow.com This version has support for the following platforms: - iOS - Android

How to Tell If A Girl Likes You
96