Access your Hulu queue right from the toolbar! A badge shows you if you have anything to watch right now. 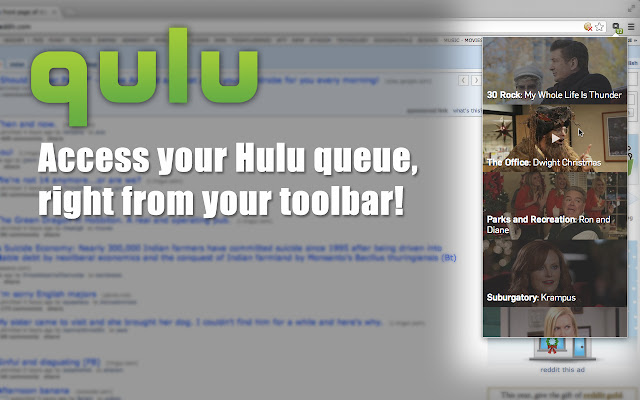 Description from store Qulu lets you easily access your Hulu queue, right from your toolbar. Get notified when you have new shows to watch, delete old videos and start watching the one you want in just two clicks! Qulu adds a button to your toolbar that will display a badge with the number of videos in your queue. Click it and a popup will open with the list of your videos, ready to be watched! You can also do a bit of house-cleaning and remove videos you don't want to watch anymore. Even better, you'll be warned when videos are about to expired so you can finally make the time to watch them before it's too late. You can also get desktop notifications when new episodes arrived!