Jump the cubes with Qbert a classic Arcade Game 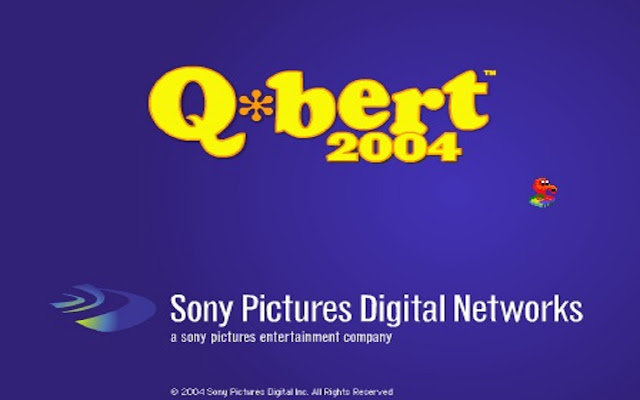 Description from store QBert takes each of the cubes so that they change their color, beware of the enemies that appear. Q*Bert moves with the arrow keys and avoid falling off the platform. The spinning wheels take you to the top, get 8,000 points to get an extra life. Brief story of Q*Bert One of the most critically acclaimed and commercial success of the 1980s arcade games, QBert, is back in its 2D form perfect classic pixel, and a re-imagined Reboot version with the state of the game-play 3D art and graphics which remain faithful to the original concept. Both versions are exciting games that require sharp contraction solving puzzles and logic skills. First introduced in 1982 by Gottlieb, Q*Bert was critically-acclaimed and finally placed in the top 3 most successful arcade games of all time (along with Pac-Man and Donkey Kong). She took home versions, a variety of Q*Bert merchandise, numerous copycat games and even a cartoon series. How is played Q*Bert Q*Bert Classic stays true to the original in all its glory irregular 2D pixel art, now optimized for touchscreen control. As the title character, players jump around an isometric cube pyramid and convert the color of each block, avoiding adversaries Coily family, Ugg, Slick, Sam, the wrong way and Red Ball. Levels become progressively harder with more enemies blocking your path and tiles that require multiple jumps to switch to the required color. What is new in Q*Bert Q*Bert takes the arcade classic and catapults in the 21st century 3D game that takes full advantage of today 's technologies it still remains true to the original, QBert. With hexagonal instead of square blocks, Q*Bert Rebooted introduces new enemies, playable characters, power ups, traps, collecting precious stones and characters, and new ways to play. Q Bert highlights 3 New enemies The classic cast of opponents are joined by new Homer, Uppercut and Treasure enemies. 7 new playable characters Introducing Zard Q*, Q *Bertha, bot Q*, Q*Zilla, Q * T, Q * Q * gentleman and nicorn, all based on the original form Q*Bert The game has been referenced in episodes of television series South Park, Familia Guy, Futurama, and the Simpsons.