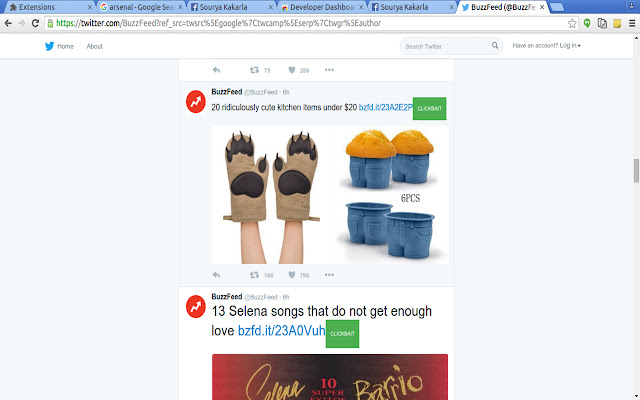 Description from store This extension works across multiple websites to identify clickbait content and notify it to the user. The user can block similar clickbait content (which works similar to adblock). It also has the option to ​report undetected links as clickbait. The user can also report misclassified links which are mistakenly detected as clickbait. Such feedback helps in improving the extension. It currently works on a number of selected websites. We would cover more websites in future.