Automatically switch to Incognito mode when a regex matches. (Fixed by LewxX) 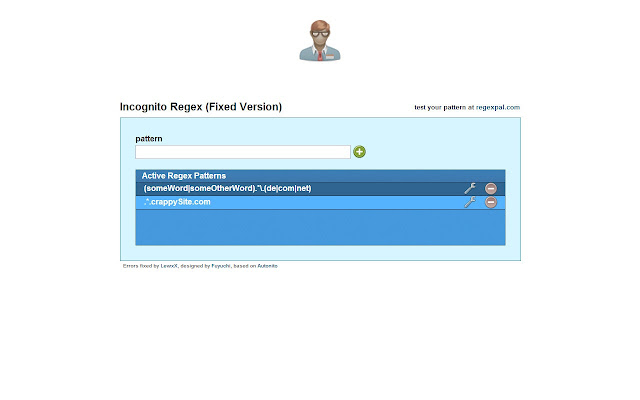 Description from store I will not fix further errors. It seems to work currently (2019)! >>However, even though it does open a site in incognito mode - the site may still set a cookies in Chrome. --- This extension allows you to set up Regular Expressions for websites that you want to always be opened in Incognito mode. For example, if you don't want anyone to know you visit gawker.com simply add in the following entry: ".*gawker\.com" without the quotes. --- This is not my extension, all credit goes to https://chrome.google.com/webstore/detail/incognito-regex/phodabgmalihpnmmlgoplifofcdnjoll/details I've just fixed some bugs.