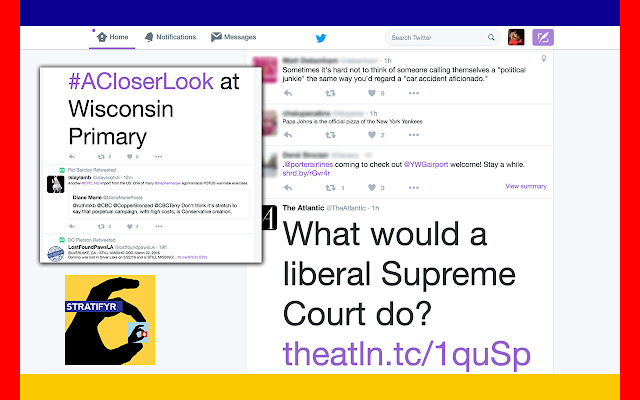 Description from store Stratifyr - the plugin that lets you put the comments in your Twitter feed in perspective. Social media can be a great equalizer - with human beings and media outlets alike treating comments from an anonymous troll with 6 followers as being as relevant as those made by world-renowned expert in their field with 500,000 followers. This little plug-in changes that. Twitter users with 100 followers or less will have a font size of 5, while users with 5-million or more followers are embiggened to a massive font size of 60, with gradations in between. So, when you find yourself in a twitter-feud, put things in perspective: are you being belittled (or praised) by a thought leader, or just being nibbled to death by minnows?