Replaces the text 'SJW' with 'skeleton'. 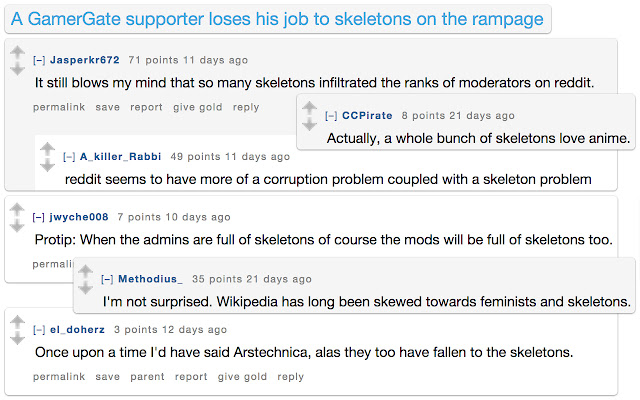