Replaces the text 'SJW' with 'skeleton' because that's hilarious. 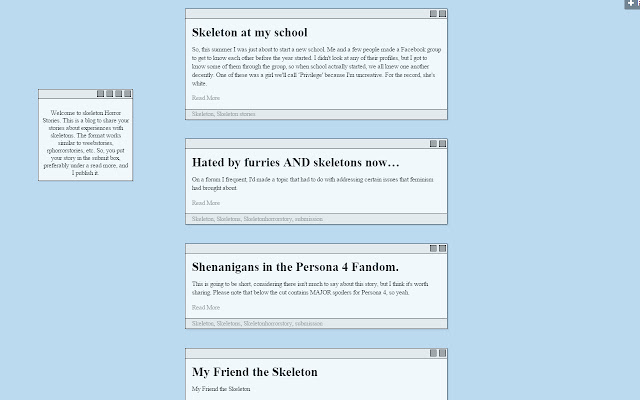 Description from store Replaces the text 'SJW' and 'social justice warrior' with 'skeleton' because that's hilarious. As the phrase "social justice warrior" is almost never used in good faith for any kind of real discussion, and since it's usually brought out as some kind of cultural boogeyman that intends to terrify, control and destroy, it's way more amusing to imagine people are being menaced by the reanimated bones of the dead! Someone made a simpler version of this that did raw text replacement; this plugin tries to preserve/fix case as much as possible.