Replaces the word 'literally' with 'figuratively'. That's literally all it does. 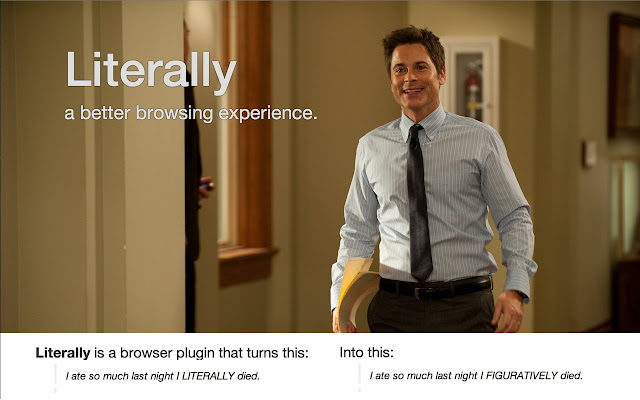