Another fine tool by Hoots 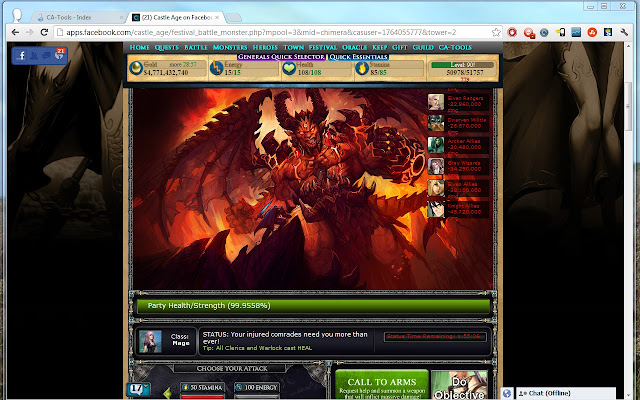 Description from store CA-Tools is a Castle Age mod which enhances game play and makes many tasks faster and easier to perform. All problems related to using this tool should be directed to the official CA-Tools forum: ** HTTPS only ** Many functions that are missing will be re-added soon without the need to update the extension http://ca-tools.co.uk