Replaces the text 'Alt-Right' with 'neo-nazi'. 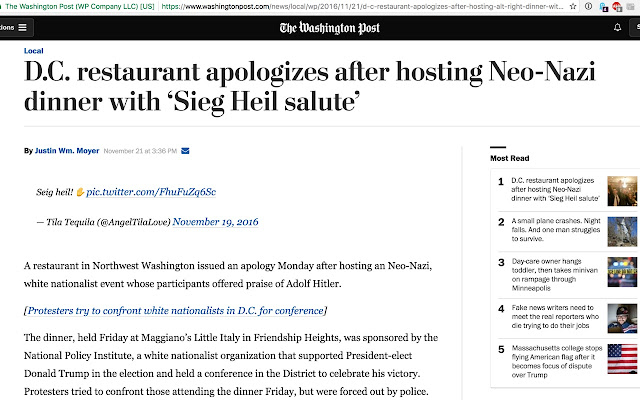 Description from store This browser extension clarifies certain ambiguities in the media coverage of the so-called 'alt-right' neo-nazi movement in the united states. With this extension installed, the text "The Alt-Right" will become 'The Neo-Nazi movement', and the text 'Alt-Right' will simply become 'Neo-Nazi'.